Negative oil prices, and an unprecedented situation driving down the economy; the first five months of 2020 have been marked by two deltas that have yet to show a clear road ahead. Mathematical principles tell us that two negatives have a positive result when multiplying or dividing, the purpose of this note is to make light that two negatives can make for a positive outcome.

The advent of a negative trading price for oil would’ve been something unbelievable if prophesized a year ago from today. It would’ve been something akin to claiming the discovery of a cure for all cancers in the form of a single pill. How did something so far fetched from reality come to happen? And, is it the beginning of the end for the global economy? Well, the simple answer would be no. This article hopes to make the case that the current oil price debacle happened as a consequence of a perfect storm that brewed over a global horizon, rather than the fear-mongering idea that it is the cause for the market crash to come.

To explain this, let’s get some things clear, The Organization of Petroleum Exporting Countries (OPEC) is a cartel made up by 13 countries producing about a third of the world’s oil supply. What does this have to do with the economy and pressure building up? For starters cartels are a group of independent competitors that collude with each other to dominate a market; in short, a Machiavellian hyperbole where “the enemy of my enemy is my friend” gets extended to its limits. Cartels foster anti-competitive behaviors that use price-fixing and other techniques to come out ahead. So how has the oil market come to be a thriving force that most countries depend on? Because the OPEC does not control the market completely. Russia and the United States are not a part of the cartel, though they do engage in negotiations with it thus giving some way for competitivity to take place.

Enter the OPEC+, and the idea of “capping down” production. The OPEC+ is the annexation of 10 more countries to the original OPEC member states, but with Russia in the mix. Russia playing ball and agreeing to something that benefits someone other than their own interests is as unlikely as Donald Trump giving away Trump tower for a dollar. Not saying it is impossible, but it is highly unlikely. The alliance made sense in the way that the OPEC+ had a bit more power in leveraging prices as they produce about half of the world’s oil supply. That amount gives them power to rival the world’s largest oil producer since 2018, the USA, and the rest of the major oil producers in the world like the UK and Canada. However, what that they did not fathom was that Russia would not agree to participate in every single initiative that the OPEC+ had in mind. 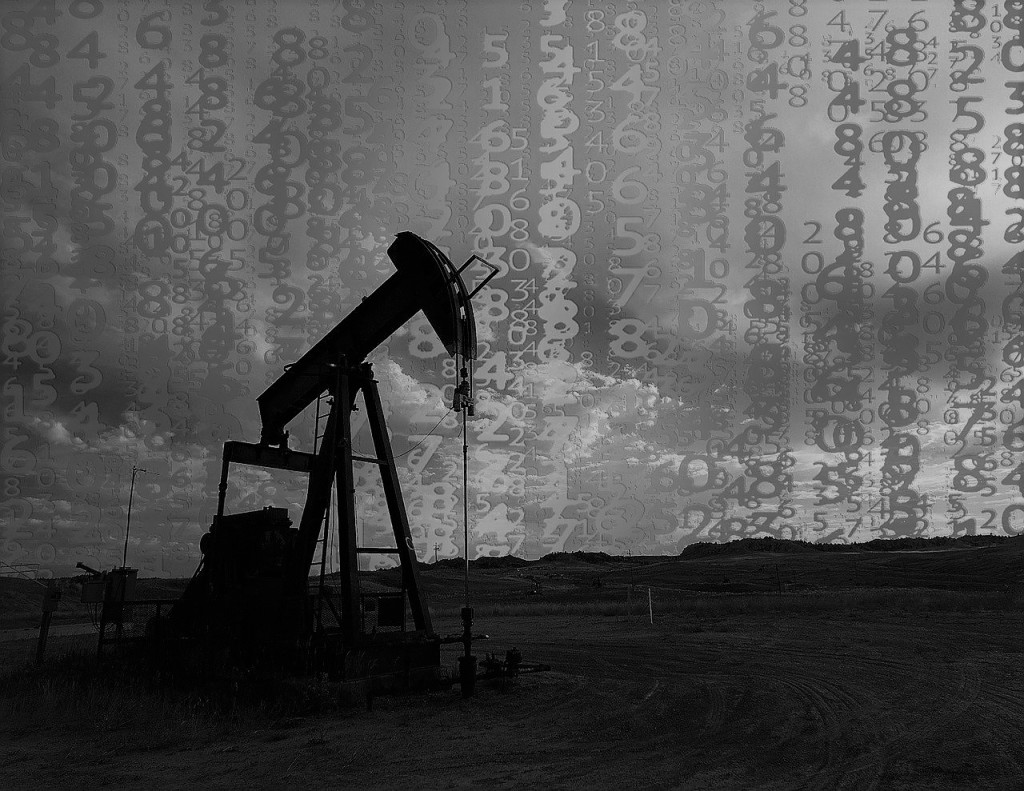 Now we come to recent events. The price war for oil started when the OPEC+ failed to coordinate within itself when Saudi Arabia and Russia started competing for more dominance in a market that they should have been trying to dominate together. Saudi Arabia and the OPEC (along with the USA) believed that a cutback in production would be ideal in the beginning of 2020; Russia thought not. Every excuse in the book was used by Putin’s administration, including that slowing down production during the winter would damage the Siberian Oil Rigs that produce 2/3rds of the country’s oil. In a classical show of strength, instead of producing less, Russia ramped up its oil production. Saudi Arabia countered by, you guessed it, also increasing its own production, and upping the ante by selling at a lower price than its competitors. What looks like a basic strategy to run an opponent out of business started the build-up of pressure for this economic climate. Overproduction and low prices would not necessarily have prompted the mythical “negative price unicorn” to rear its ivory horn, something else prompted such a rare event in history, the COVID-19 Pandemic. This would be a naïve piece of writing if it claimed that the pandemic was totally unexpected and that it is a complete surprise. Many experts and organizations warned the coming of this catastrophe, but that is the reason why it is the “low-pressure” system in this economic climate metaphor.

The threat of a virus, like the one turning the world upside down at the moment, was predicted by many experts and it was even theorized it would originate the way it did, but little to no countries paid mind to the pressure of scientists to listen to their requests for research. A threat widely ignored by all the countries that signed the World Health Organizations guidelines for a “respiratory pathogen pandemic”, this “system” developed itself in a consumerist society that deeply relies on oil, and oil ends up paying the price for delivering the virus to all corners of the world. Our major means of transportation are obviously dependent on fossil fuels, that dependency fosters demand for “liquid black gold”, but what happens when a drive to “visit grandma” is dangerous? When your daily commute to work will not take place because of “Working from home” policies taking place? And what happens when countries enter lockdowns and there are less planes taking off? The answer is simple: people stop traveling short and long distances and the demand for petroleum plummets.

Remember the high-pressure competitive market that prompted overproduction? Well, it was met by the low-pressure contagion that marked this generation, and it gave birth to the Perfect Storm. With a major halt on most fossil-fuel-dependent means of transportation, all the excess production meant that oil went from “hero to zero” overnight. Suddenly it wasn’t a commodity, but waste, for it is well known that “inventory” does not necessarily produce wealth, and the cost of storing it can be high. In the case of oil, the supply for storage became so short that one of the current solutions is to load oil transport ships to the brim and then park them out at sea for the time being.

So how did the prices of oil reach negative trading values? Future’s contracts, “physically deliverable” future’s contracts to be precise. Such a contract, in layman’s terms, stipulates that the purchaser will pay a certain amount at an agreed price upon a future date for several thousands of barrels of oil. The contracts are exchangeable, meaning that they can appreciate or depreciate based on the asset that they are derived from. Simply put, if the price of said asset (oil in this case) rose higher the agreed upon price at the point of settling the contract, the producer will pay the speculating purchaser resulting in profit for the purchaser. On the other hand, the speculating purchaser would have to pay the producer if the price fell lower than the agreed upon price at the end of the contract. You can probably guess where this is going, by April 21st 2020 many Future’s Contracts reached their fulfillment date and with the demand for oil being so low, the speculators could not sell it for a profit and it not only represented losses for them, it meant having to pay for storage because at the end of the day this was a deliverable transaction. Having to pay for someone to take your waste away from you, waste that you bought and cannot sell at the moment because the market is overflooded by it, is what ended up being represented as a negative price for oil.

The abrupt and inevitable crash of a raindrop with the ground represents the fate of the prices of oil during this unprecedented perfect storm. Negative prices out of a negative situation, but does that mean that this is the end of it? It is this author’s opinion that it will not be the only consequence of the current situation. Out of this catastrophe, however, a positive outcome can come forth. As mentioned before, two negatives can make for a positive outcome in some cases. The rippling effect of this oil market crash could be the entrepreneurial inspiration for many businesses to start blooming and perhaps taking over. A slight sliver of healthy hope is needed to imagine such an outcome.

What this storm has shown is that the system that gave birth to this scenario it might be flawed and in need of revamping. That can either mean a change in fossil fuel producing and trading policies, or a world-wide change away from the very fuel that fueled and facilitated its own downfall.

The need for alternative energy sources has been apparent in the past 2 decades of this century, and some countries have already made commitments for better and more lasting means to satisfy their needs. The Czech Republic has affianced its commitment to Nuclear Energy in the past and this precipitated sum of events could add up to a stronger commitment to it. Throughout Europe one can see that there is a strong sentiment for change towards clean energy, but this does not mean it will be an immediate change. Much like when Katrina decimated the USA’s coast along the Gulf of Mexico, this storm will collect its own casualties and it will rack up immense losses for the oil industry and those adjacent to it.

Do the losses incurred by the oil companies and the speculators that purchased the future’s contracts damage the economy? Short-term answer would be yes, but there is a long-term view to keep in mind. Oil prices are rising up again, and as soon as the lockdown is over and human kind attempts to resume its daily usage of fossil-fuel-dependent transportation means, the prices will rise even faster than today now that the state of emergency is becoming more lax with the social distancing norms. Prices may well reach higher numbers than they had before the crisis and that is why most of the oil producing countries have agreed to slow down their production rates. Simple supply and demand, but it is up to the world to react and learn from this or to ignore it. Turning a blind eye to this historical economic event will give the power back to the oil producing states to collude and control the price of oil again. OPEC, OPEC+, the USA’s private oil companies and the rest of the petroleum producers of the world will have a hold of the market and an impact on our day to day lives until real change in the world’s energy supply is reached. The positive outcome will rest in the hands of those brave enough to capitalize in the need for clean energy innovation, and on those bold enough to start up and lead a successful business in the coming post-crisis world.

Cesar Elorza Soto is a Mexican Engineer from the University of Texas Pan-American that has lived in many different countries in America and Europe. He speaks Spanish, English, Japanese, French and a bit of German. He participated as a Student in the CEVRO Institut International Student Summer Program of 2019 in Prague. The author liked the city so much and was convinced by the country’s national identity and stability, that in August 2019 he decided to move here and be a part of such a thriving culture. Right now he works for the IT Company Western Digital in Business Operations catering to some of the largest IT distributors in the Central European Market.